2 this morning...but there may be more

Just collected 2 more packages, but there was a lot of other stuff in the box too plus a note to say other things to pick up from inside...but it was too early for the post office to actually be open.  So here are photos of the two received, and hopefully there might be time to visit the post office again later to see what else may have arrived.

This morning's pieces are from:

Kristín has sent a pink toned wool scrumble, bordered in bright lime.  I love the puffy flower and circle, and also the way she has knotted the ends of her yarns and brought them to the front, creating texture with lots of little tufts.  This scrumble is nearly 20cm across (about 8"). 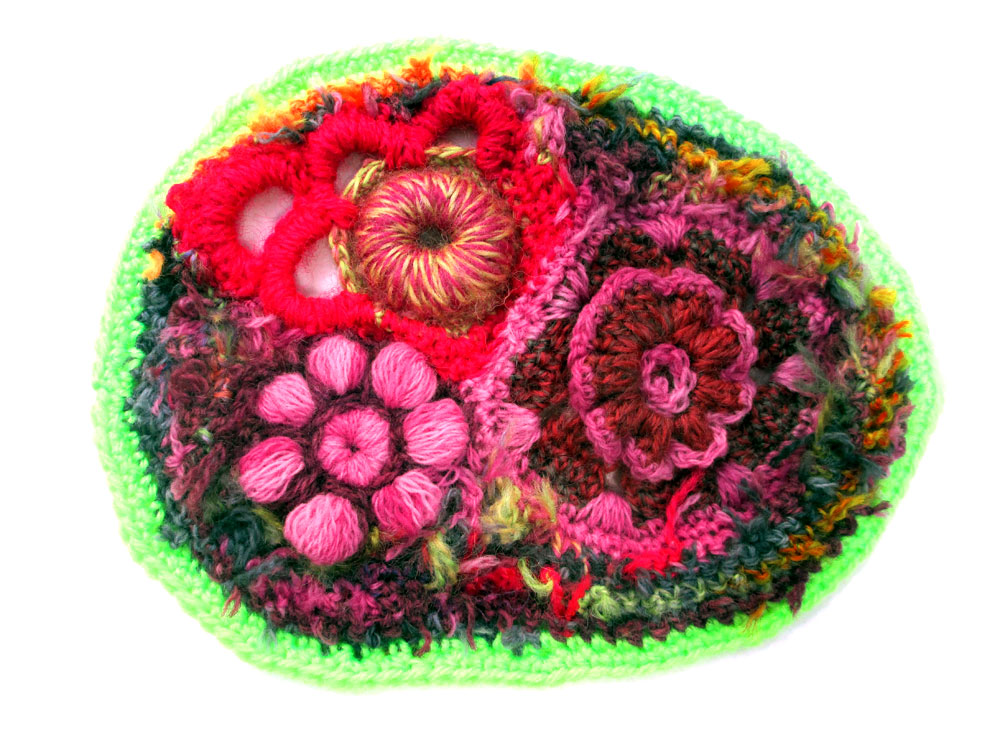 Pauline's piece has a 3D flower surrounded by hot pink cotton 'fairy wings' and lovely loops for 'leaves', and she has used more 'fairy wing/lazy J' stitches and crab stitch to create a lovely rippled rainbow effect on the side.  This piece is just a little wider than Kristín's, measuring in at 23cm (9"). 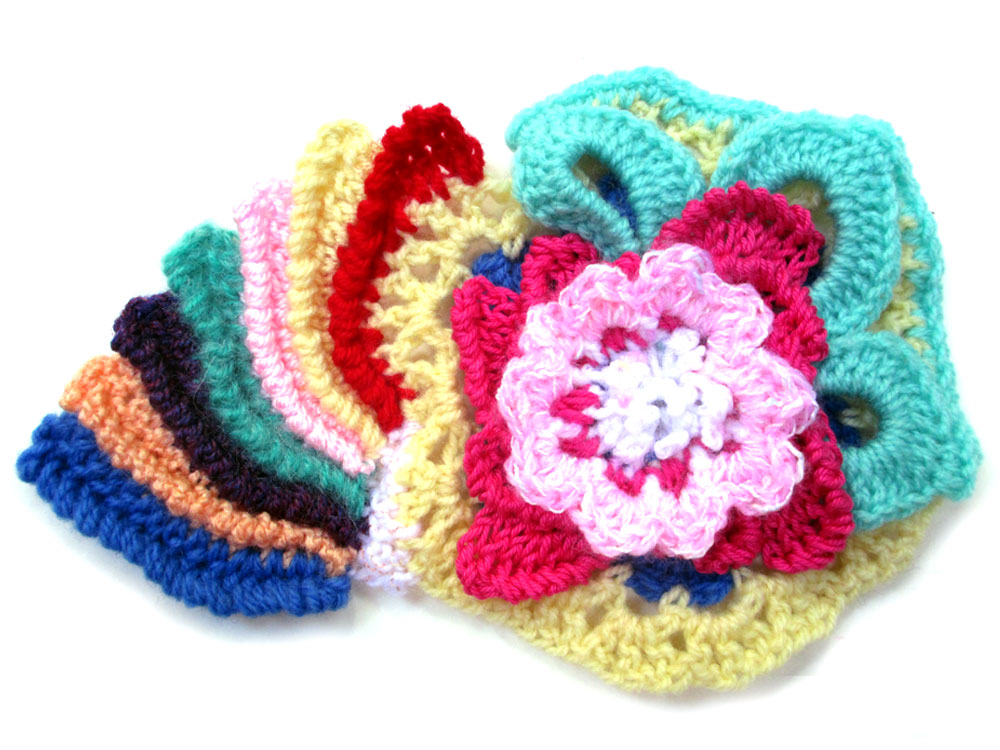 That's it for now, but hopefully I will be back tonight to show you a few more.

I know there are a lot more packages on the way, so thanks again to all the contributors for the great response worldwide to this collaborative effort...I'm sure that the finished piece will be positively spectacular!
Posted by Prudence Mapstone at 07:58

your comments are most welcome. they are being moderated, but just as soon as i have had a chance to check that your message is genuine, your post will be approved.